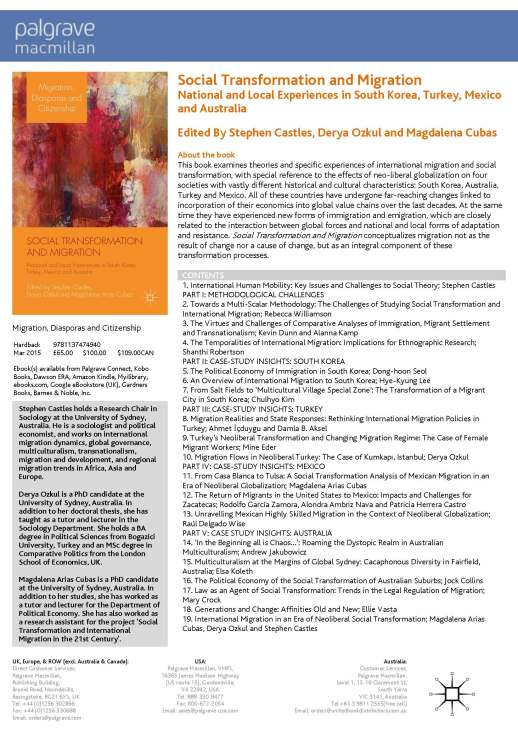 While there has been considerable conversation about the status of cultural diversity (or multicultural) policy in Australia, some issues appear unchangeably resistant to policy. The Coalition (conservative) national government elected in September 2013 had, while in opposition from 2007, been identified with a rejection of multiculturalism. Prior to its election, however, the new Prime Minister Tony Abbott was reported to have become a convert to multiculturalism: ‘Now I realise they’ve come here to join us not to change us’

After the election, the multiculturalism portfolio was downgraded and redefined solely as a welfare concern; nevertheless it survived what might have been annihilation (for instance, the fate of Australia’s foreign aid agency, AusAid). Of course, the policy challenges remained, as they have throughout many transformations of the policy rhetoric. Two of these challenges involve the tensions around communal dislocation and conflict on the one hand, and the representation of difference in narratives of the nation on the other. The social realities and their cultural reflections are intimately interrelated, with each having an unpredictable but serious impact on the other…. CONTINUED