The Martin Presence: Jean Martin and the Making of the Social Sciences in Australia
Peter Beilharz, Trevor Hogan, Sheila Shaver 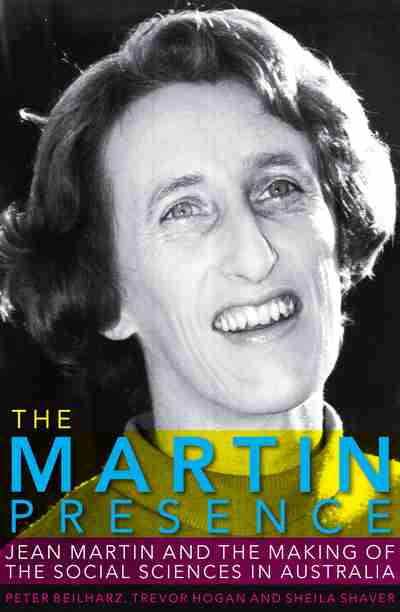 END_OF_DOCUMENT_TOKEN_TO_BE_REPLACED

During September, while Europe was experiencing the ever-intensifying movement of populations from the Middle East and Africa fleeing natural and human calamities, I was on a field trip to China. My contact with the crisis came from the constantly recycling footage on BBC and CNN, topped up with China Daily reports, and occasionally an online hit from the ABC.

Ironically my research was focussed on a group of Polish Jews who in August 1941 were shipped by Japanese authorities from Kobe, where their flight to the asylum had been halted by the Japanese invasion of Indo-China and the consequent cessation of shipping contact, to Japanese-occupied Shanghai. In Shanghai the Japanese in control of the Hongkew area where most of the 1938/39 German and Austrian refugees already lived, refused to accept the Poles, labelling them undesirables, while the Shanghai Municipal Council, still under effectively British dominance, also tried to withstand their arrival. The local Jewish refugee committee, which had crammed hundreds of the fraught arrivals into a synagogue near the Bund, came up with an inventive solution. They reported the Synagogue to the Council as an over-crowded and unsanitary dwelling, that required immediate closure, with its residents having therefore to be housed by the SMC elsewhere.

Events moved on, though here is not the place for the full story; however the dynamic of apprehension, expulsion and rejection by authorities, inventiveness in pursuit of survival by the refugees, and hand-wringing by bystanders, suggests societal alarm in the face of such events repeats well-known rituals, despite the lessons of history.

In major cities in China such as Harbin and Beijing, I was invited to give lectures to large classes of undergraduate students on issues associated with cultural diversity, refugees, and identity. At the conclusion there was question time, which usually went straight to the point, querying Australia’s policies on refugees, Indigenous issues, and racism. (One of these question times took place just as my iPhone loaded the story from Sydney of a Chinese Australian woman who had been harassed and vilified on a bus.) The students typically found it bemusing that Australia should claim an international persona as a human rights champion, while so clearly condemning hundreds if not thousands of people to lives of poverty, immiseraton and hopelessness.

Answering a question with a question, I asked the students whether China should accept Syrian refugees, and if so, how many? China after all is not without blood on its hands, playing a crucial role in the trans-Asian anti-Sunni alliance that links policies against extremism in Xinjiang, with expanding collaboration with a now “cleansed” Iran, and close links with regimes in former Soviet Turkestan, and of course with the Russians, supporting the Assad regime itself. Meanwhile, China has indicated a desire for and the acceptance of a responsibility to step up to international obligations in order to claim the legitimacy and influence it seeks at a global level.

With the refugee crisis in Europe reaching a crescendo and no real end in sight, despite Putin’s proposal for a new alliance of anti-ISIS forces, China as a signatory to the Refugee Convention, ought to be demonstrating a humanitarian concern. After all in 1941, the Chinese government had been one of the few governments globally to be actively seeking to rescue Jewish escapees from the Holocaust.

The first time I asked this question, how many Syrians for China, I was not sure if I had done something weirdly culturally inappropriate. It was as though the question hadn’t been asked. In a room of maybe three hundred students the response was silence. Not one student thought aloud that China should play a role; moreover it appeared that not one student had even previously considered the question as relevant.

I was reminded of the wonderful contribution to world refugee history made by the accidental Australian delegate to the Evian refugee conference of 1938, trade minister Col. White MP (himself something of a hero from a post World War One role as one of the Australian military officers who tried to aid the survival of Armenian victims of the Ottoman exterminations). White reflected on the push by the USA to have the world step up to its demands to find homes for hundreds of thousands of Jews being expelled from the Third Reich: Australia, he opined, was not a country with a race problem, and thought it unwise to import one.

Pushing the students to get a more considered opinion than the possible shared wariness of being seen as an outsider on something on which the Party hadn’t yet issued a public opinion edict, I posited a scenario of Syrians arriving at the Xinjiang border from one of the ‘Stans, seeking refuge among the Sunni Uighur communities around Kashgar (unlikely though that may be). Still nothing much more, than “Why would we?” Then one brave soul offered this insight, “the Party would round them up in the night as they crossed the border, and send them back to where they came from”. At least that got a reaction from some young women at the back of the room, who whispered in astonishment “you can’t send them back…”

Klaus Neumann in his June 2015 book Across the Seas: Australia’s Response to Refugees: A History (reviewed here http://www.sydneyreviewofbooks.com/across-the-seas-klaus-neumann/) demonstrated that refugee policy in Australia has always been fashioned firstly by their domestic political interests as perceived by the ruling political party, channelling prejudice and patronage in equal parts. This order of priority was apparent at Evian in 1938, again in 1946-47 when the Shanghai Jewish refugees sought final protection in Australia, during the Bosnian war in the 1990s when Howard in the face of rising and perverse public opinion blindsided Ruddock, who was desperately trying to avoid accepting any Muslims from Yugoslavia, by agreeing to a short-term group, and once more in recent weeks when 12,000 Syrians (Christians, please, and we’ll maybe add them to our yearly quota, maybe not) were accepted by Abbott in his last spasm to find a moral compass and save his job. This preferred religious gloss was an attractive addition, that almost echoed the first Polish response to European requests to take Syrians earlier this year, when the EU-proposed quota of 800 was held back to 80, all of whom would need to be Christians, and none anything other than Catholics, especially not Evangelicals (take that Scott Morrison, though Kevin Andrews would be pleased).

Forced global population movements generate the most significant ethical challenges possible – for all involved. When Homo Sapiens moved relentlessly out of Africa into Europe, along some of the same pathways being used today, their Neanderthal “hosts” barely had time to register the presence before their world began to change forever. When Phillip and his motley crew unloaded their diseases, ideologies and poisons into the biosphere of Sydney Cove in 1788, and onto the totally unsuspecting Eora people, neither knew the terminal consequences of the interaction, though Phillip at least had riding instructions to be aware of the possibilities.

With Germany set to settle one million immigrants, and Europe as a whole looking at many more, huge numbers of whom are likely to be anything but “settled” for years to come, we have turned a significant corner. The ethno-national state, once the driver for political development across the planet, now faces erosion from all sides. New empires are flexing their muscles (some even pouring concrete into oceans as they march outwards), non-state actors dominate swathes of territory across now increasingly meaningless national borders, and metropolitan kernels of former empires face multiple fragments of theirs and others’ former empires striking back. The decision to import trouble has already been well and truly swamped by the realities of the troubles to be faced.

Though geographically apart, Turkey and Australia are much closer than many would think. In forging their cultural and political identities, both countries have sought to reconcile their history with their geography. On the occasion of the Gallipoli centenary, the different and shared paths of these two countries are ready for examination. This study features their important interactions, through both conflict and migration, from the Gallipoli landing to the present day. It addresses key foreign policy concerns – such as the relationship with the United States – and domestic politics. Turkey is still wrestling with the legacy of its Ottoman past, including the status of ethnic and religious minorities, as well as tensions between secular modernity and Islamic religiosity. Australia too is grappling with its own ethnic and religious diversity, and particular its Muslim communities, of which the Turks are one of the oldest. This collection provides a relevant, comparative and comprehensive study of two countries seeking to reconcile their history with their geography.